November 29 is "Good Meat Day."
Okinawa City, where Okinawa's first steakhouse was established, has designated November 29 as "Steak Day."
Furthermore, this year, which marks the 50th anniversary of Okinawa's reversion to mainland Japan, the city will be recognized as "Steak City."

It is said that the first steakhouse in the prefecture was established in 1950 five years after the end of the pacific war in the former Koza Village, now Okinawa City, where American troops were stationed, to serve the American soldiers. In order to spread the steak culture that originated in Koza to the rest of Japan, we will hold another Meat Day event this year. The first 290 people to arrive will be treated to some delicious steak, so please come and join us. 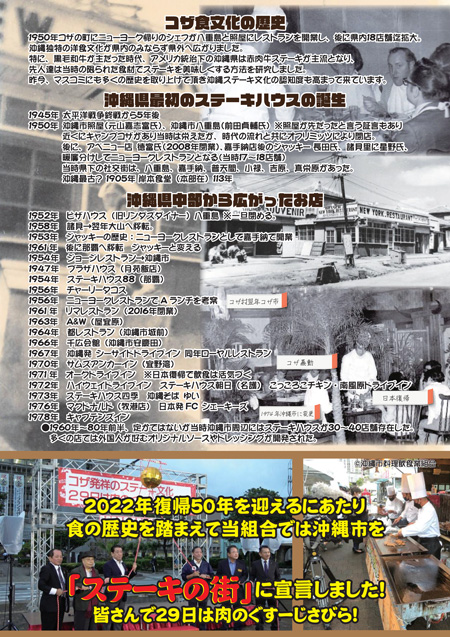 Go back to the previous page